Redemptorists: Walk with my people

The Church’s Mission with Migrants

Today we live in a time of vast world migration. This instability may be traced to economics, violence and wars. Pope Benedict XVI wrote, “that as a result of mass migration, we are facing us a social phenomenon of epic making proportions, that requires bold, forward looking policies of international cooperation, if it is to be handled effectively.” (CV 62) The cry of the poor, calls for justice, but it also calls for spiritual care. Pope Francis wrote: “I want to say, with regret, that the worst discrimination which the poor suffer is the lack of spiritual care. The great majority of the poor have a special openness to the faith; they need God and we must not fail to offer them his friendship, his blessing, his word, the celebration of the sacraments and a journey of growth and maturity in the faith. Our preferential option for the poor must mainly translate into a privileged and preferential religious care.” (EG 200)

Redemptorists: Called to Serve the Most Abandoned

“The most abandoned, to whom in particular the Congregation is sent, are those for whom the Church has not yet been able to provide sufficient means of salvation, those who have never heard the Church’s message, or at least do not receive it as the “Good News”, and finally those who suffer harm because of division in the Church.”  (C.SS.R. Const. 3)

Padre Migrante is more than one Redemptorist. Redemptorists walk with migrants lacking spiritual care, offering care for the poor and resources for dioceses and parishes to welcome migrants to Jesus’ word, the celebration of the sacraments and the journey of faith. 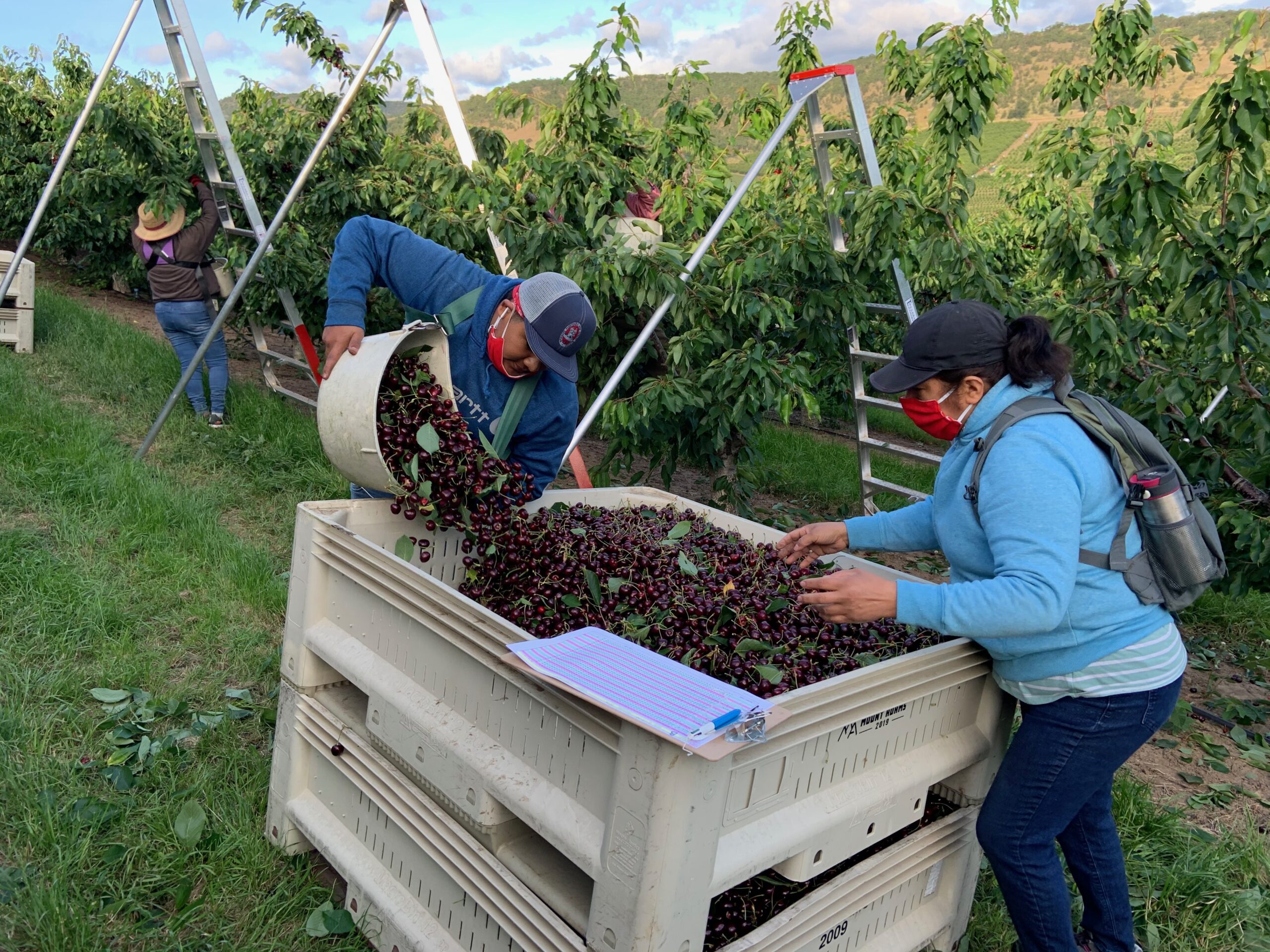 Redemptorists evangelized by the poor.

St. Alphonsus wanted us to walk with the poor. Fr. Enrique Lopez challenge me when I began learning Spanish, “I hope you are not one of those who thinks that once you learn Spanish you know all that you need to know to work with Latinos. You need to know the customs, the faith and the struggles of my people. If you will not walk my people, don’t bother to learn Spanish.”

In 1972, the Catholic Church in the United States convoked the first of three National Encuentros (1972, ’77 and ’85) to study the situation of Hispanic Catholics in the United States.  After each Encuentro, study groups gathered to reflect on the sociological, anthropological and ecclesial implications of Hispanic Catholicism in America.  The National Pastoral Plan for Hispanic Ministry (1988) set pastoral priorities for Hispanic ministry at diocesan, regional and parish levels. The Redemptorists developed several pastoral initiatives in the time since the development of the NPPHM.  I was privileged to participate in the following initiatives.

On Nov. 9, 1991, Casa San Alfonso began as a Redemptorist initiative to reach out to young adults in a Hispanic barrio of Denver, CO. Through the ministry of Casa San Alfonso, we engaged in helping young people in times of sorrow, loneliness, immigration insecurity and the lure of unhealthy life choices present in our barrio. Casa San Alfonso was a safe place for migrant and immigrant youth to reflect on and celebrate the values, traditions and faith of their heritage. Many years later, three men recounted their experience of living at the Casa.  They said, “We never felt like guests.  It was our house.”

The community of Casa San Alfonso began offering bilingual parish missions in 1995. Fr. Patrick Keyes and I experimented with several formats for the missions and members of the youth community accompanied us, offering programs for children and youth. In 1996, the team had a full schedule from January to June and three lay missionaries joined the mission team.  After Casa San Alfonso closed in 1996, I led a mission band with Fr. Bob Simon. Two to four lay missionaries joined us for nine months each year. We offered over 100 missions in 14 states between 1996-2001. Most of the missions were for two weeks, one week in English and one week in Spanish. In 2001, Fr. Simon retired, and I joined the Redemptorist Hispanic Initiative in the Diocese of Dodge City.

The mission in The Dalles, Oregon began as a response to a priest who wanted to go away for a month to study Spanish. For two summers during the cherry harvest, I celebrated Masses in migrant camps each evening. The second summer, I asked what more I could do if I returned the following year. A woman said, “We do not need you to be our social worker, advocate or doctor. We need you to be our priest.” She explained that many workers had children well past ordinary time to receive First Eucharist. As migrants, many families could not fulfill requirements made in normal parish ministry as they were not present in parishes long enough to enter regular programs. For eleven years, I led a mission team made up of seminarians and lay youth leaders to offer a sacramental mission during the cherry harvest.  In those years nearly 1,000 received First Eucharist and 400 received Confirmation. There were 200 baptisms and 12 marriages.

Redemptorists went to the diocese of Dodge City to help the diocese expand and enrich its outreach to the Hispanic community in Southwest Kansas. Four priests initiated the ministry in 2001. Redemptorists took over the parish of St. Anthony in Liberal. The community consisted of the pastor of St. Anthony, the director for Hispanic Ministry for the diocese and two missionaries. A few pastors went away to study Spanish as the missionaries took over their parishes in their absence. Retreats for leaders in ministry and formation of leaders was part of the ministry of the Redemptorist team. Experiments in ministry took shape in trailer park missions and youth went on mission trips to work with migrant farm workers in Oregon. The community engaged in advocacy for migrants and immigrants on local, state and national levels.

The Redemptorist Initiative in Mississippi took our experience of assisting the diocese of Dodge City to help establish outreach in one of the poorest regions of the state, the “Delta”. The Hispanic community was more scattered in the region, lacking identification with local parishes. The poverty of the region, the distances between small clusters of Catholic migrants, and aggressive actions of Immigration Customs Enforcement (ICE) made the ministry difficult. The mission ended on Dec. 31, 2019.

The key element of Redemptorist Missions is not in the “what” that we do on a mission.  No two missions are exactly alike.  The mission is always to offer spiritual care and the sacraments to the most abandoned.  We begin every mission initiative observing the lives of the people to whom we are called to serve, consider the ways that we may walk with the poor and we celebrate the moments of grace that come in the lives of the people whom we serve.

I am Fr. Mike McAndrew, C.SS.R. For the past thirty years, I have worked in Hispanic ministry. As a Redemptorist missionary, it has been my privilege to work with migrants and immigrants in a variety of ministries: youth work, mission preaching, rural ministry, immigration advocacy and working with seasonal workers. While being involved in advocacy, justice, and social service, I am concerned have about evangelization and the availability of migrants to receive the grace of sacraments in the Church. Pope Francis captured my concern when he wrote, “I want to say, with regret, that the worst discrimination which the poor suffer is the lack of spiritual care. The great majority of the poor have a special openness to the faith; they need God and we must not fail to offer them his friendship, his blessing, his word, the celebration of the sacraments and a journey of growth and maturity in the faith. Our preferential option for the poor must mainly translate into a privileged and preferential religious care.” (EG 200)

Several years ago, I wrote Migrant Faith, to honor the faith that I have witnessed in the lives of migrants and their families. An editor for my book said that after “La Fe del Migrante,” people will know you as Padre Migrante. No one has called me, Padre Migrante, but on a mission, a younger priest asked me to tell him stories of my experiences in migrant ministry. He encouraged me to make a Facebook page, Padre Migrante. It is a platform to tell stories and live stream Masses, but I wanted a platform to offer more substantive ministry.

The website, padremigrante.org, is to encourage greater pastoral care for migrants, immigrants and their families. While I may be the face of this page, it is my hope that people realize the ministry and love for migrants by my brother Redemptorists. There truly are many Padre Migrantes whose stories and experiences will be told on this website.

St. John Neumann, C.SS.R., patron of immigrants, pray for us. 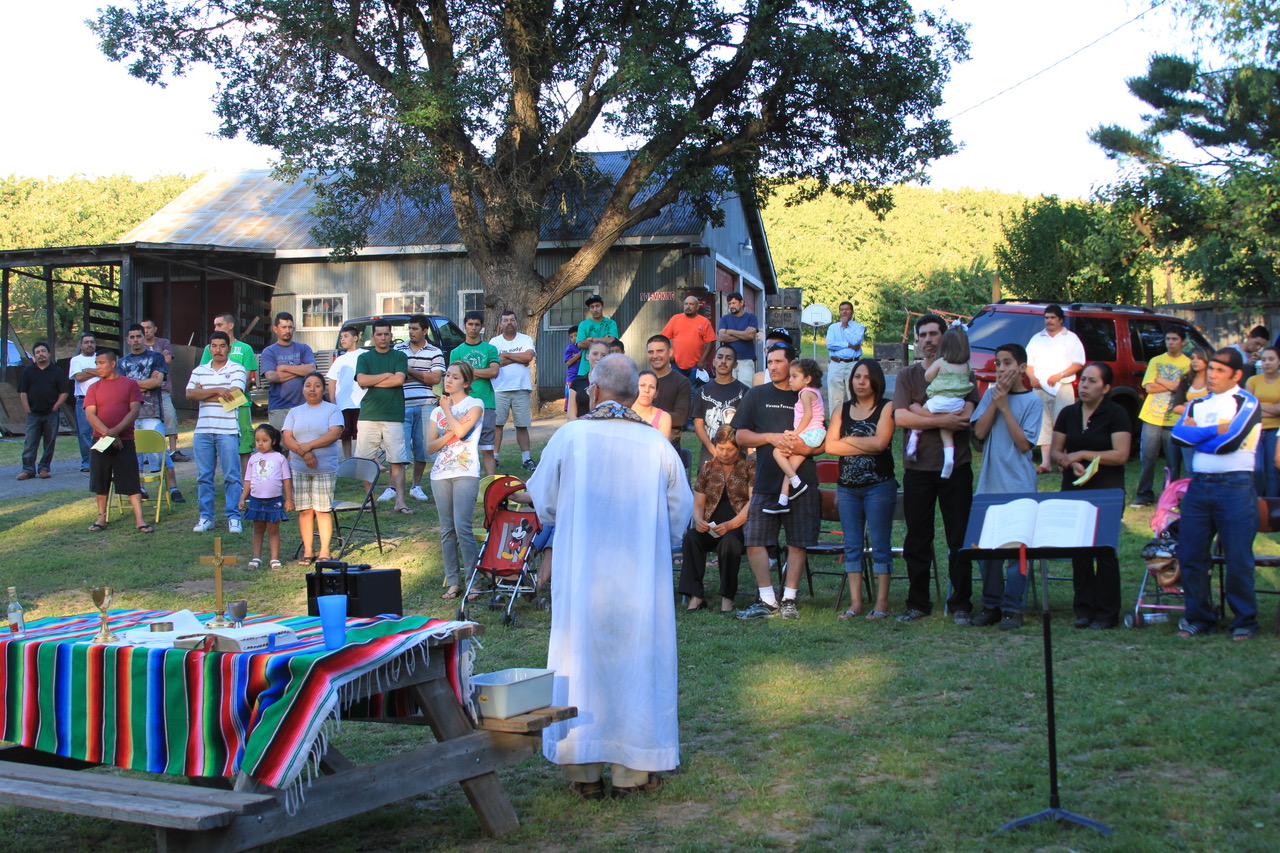